In fact, he’s crazy about it!

It’s all he can think about and talk about.

His dream is to one day play for the Chicago Bulls.

And he’s got a plan!

Every morning he wakes up before dawn.

He puts on his $200 Nike basketball shoes.

He drives to the gym.

On the way, he stops at the gas station to buy a gallon of Gatorade sports drink.

And then at the gym, after he changes and stretches, he sits down and starts studying “The Rules of Basketball.”

Do English Or Go Crazy

Basketball is a skill.

And after you know the basic rules, knowing more rules won’t help you play.

It’s time to practice and to play.

I say, English is also a skill.

And after you know the basic rules, studying more won’t help you.

It’s time to DO English.

A Sad Ending For Bob

His friends could see that.

You can see that.

But Bob thought he was perfectly normal.

So we called the men in the white coats and they took Bob to a room with very soft walls.

What’s the lesson of this story?

My conclusion is speaking, and speaking. More and more… Great thanks 🙏

Wow..good one! Perfect sense of humor.

I agree whith Mon i ka it is a perfect sense of humor. 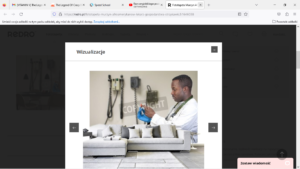