I was standing at the front of the classroom.

Behind me was a white board full of confusing grammar rules.

The student who just spoke was a successful lawyer.

But he still didn’t understand the third conditional.

I looked at the faces of the other students.

What was I doing wrong?

I was a certified teachers.

I was teaching exactly how they told me to teach.

But my students still had problems.

Problems not being afraid…

I used to love teaching.

But now I was thinking of quitting…

How I Discovered The Secret To Fluency In Istanbul

In four days it was my birthday so I decided I needed to go someplace by myself and think.

I bought a ticket to Istanbul, Turkey.

While I was there I did something else unusual — I contact several English teachers I found online.

Most were busy, but one met me for dinner.

His name was Ian. And he was an American, like me.

But unlike me, he said his students were getting great results.

At first, I didn’t believe him.

But when I got back to Prague I started to study someone named Stephen Krashen.

I couldn’t believe it — a university professor was saying you didn’t need a teacher or a classroom to master English — and he had the proof!

Here was someone who had a Ph.D in grammar saying you shouldn’t study grammar.

In fact, some research shows that schools and rules actually make your English WORSE!

Well, when I told the other teachers at the school about what I had discovered, they weren’t interested.

I was shocked, but I guess I shouldn’t have been.

Honestly, most people are afraid of change and afraid of new ideas.

But not me — I was excited!

I immediately quit teaching for the langauge schools.

I quit teaching the old methods.

I learned all I could about the modern methods.

I developed my own unique system.

And I made it practical busy adults.

Now I call myself, “The Most Dangerous English Teacher.”

Because if you’re a traditional teacher…

Or if you love grammar rules…

Or if you own a traditional language school…

My ideas may seem strange, crazy, and maybe even… DANGEROUS!

Sign up for my Vitamin V lessons on this page.

Every week, and sometimes every day, you'll get valuable, new lessons. Plus some special offers and savings only avaible to my students who sign up. 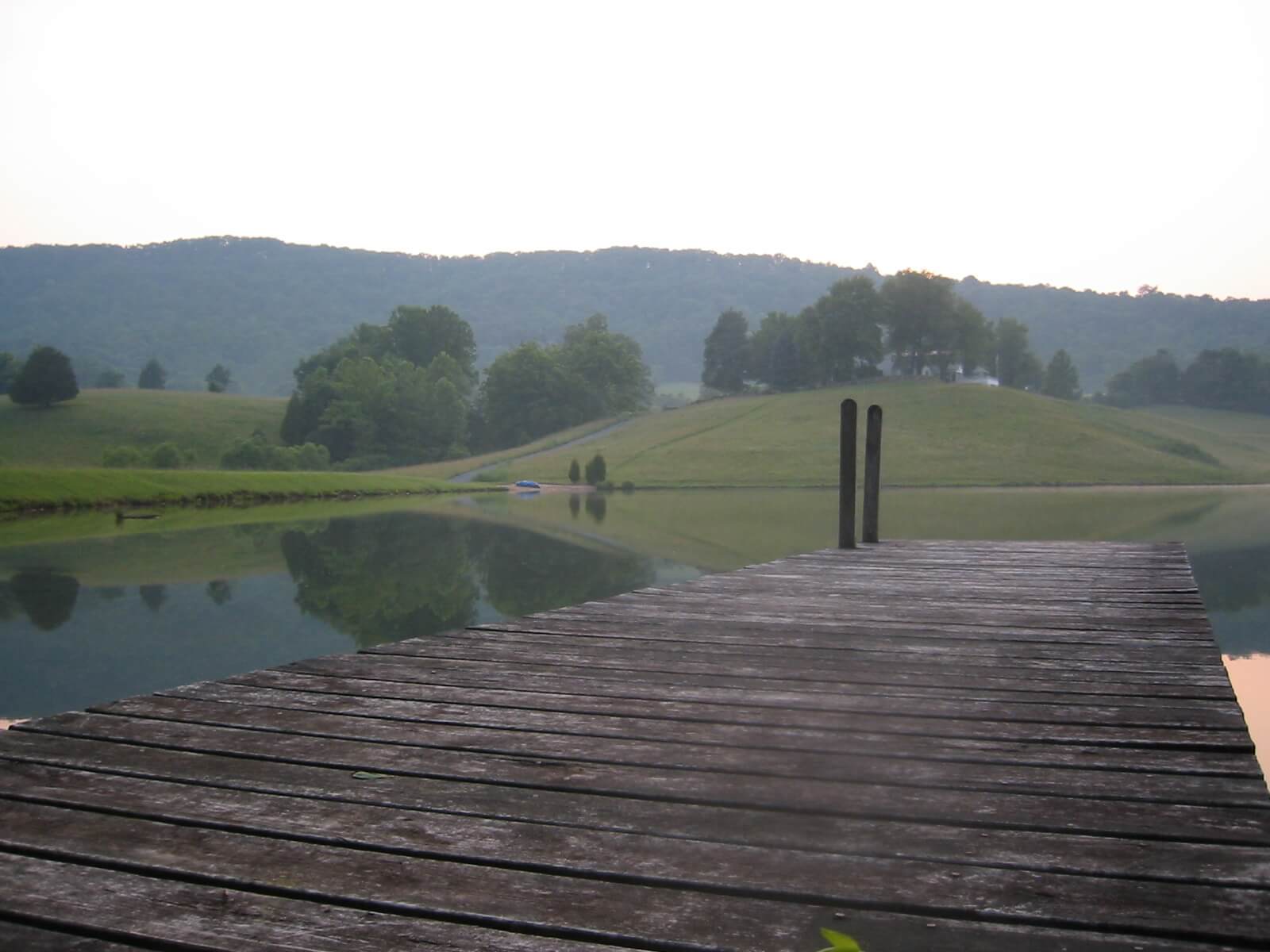 Home in Virginia; there's an old farm house on the hill behind the trees. 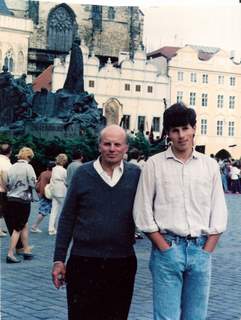 Visiting Prague for the first time with my father in 1990. 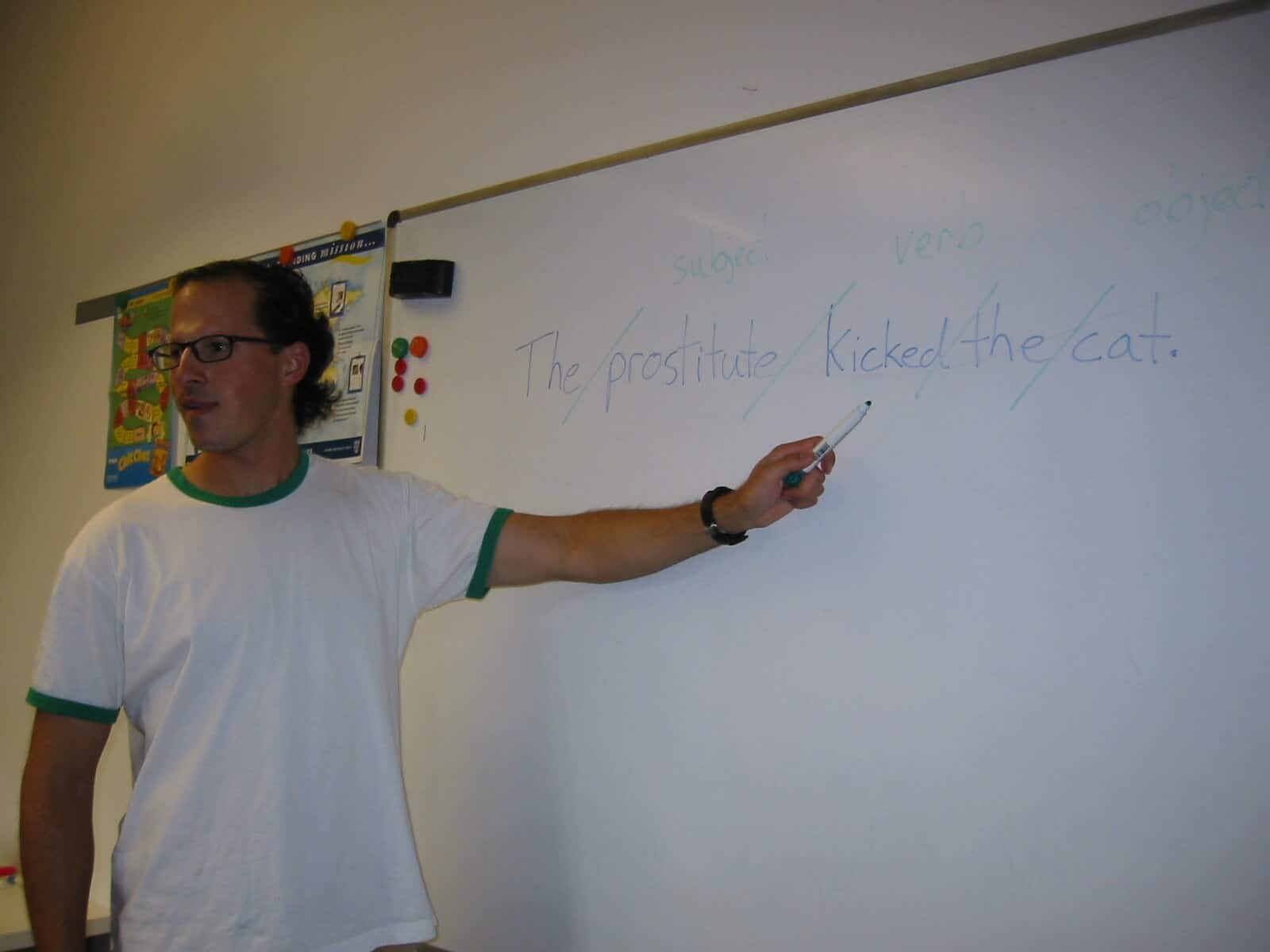 First month in Prague at the teacher training school where unfortunately I learned the old methods of teaching. 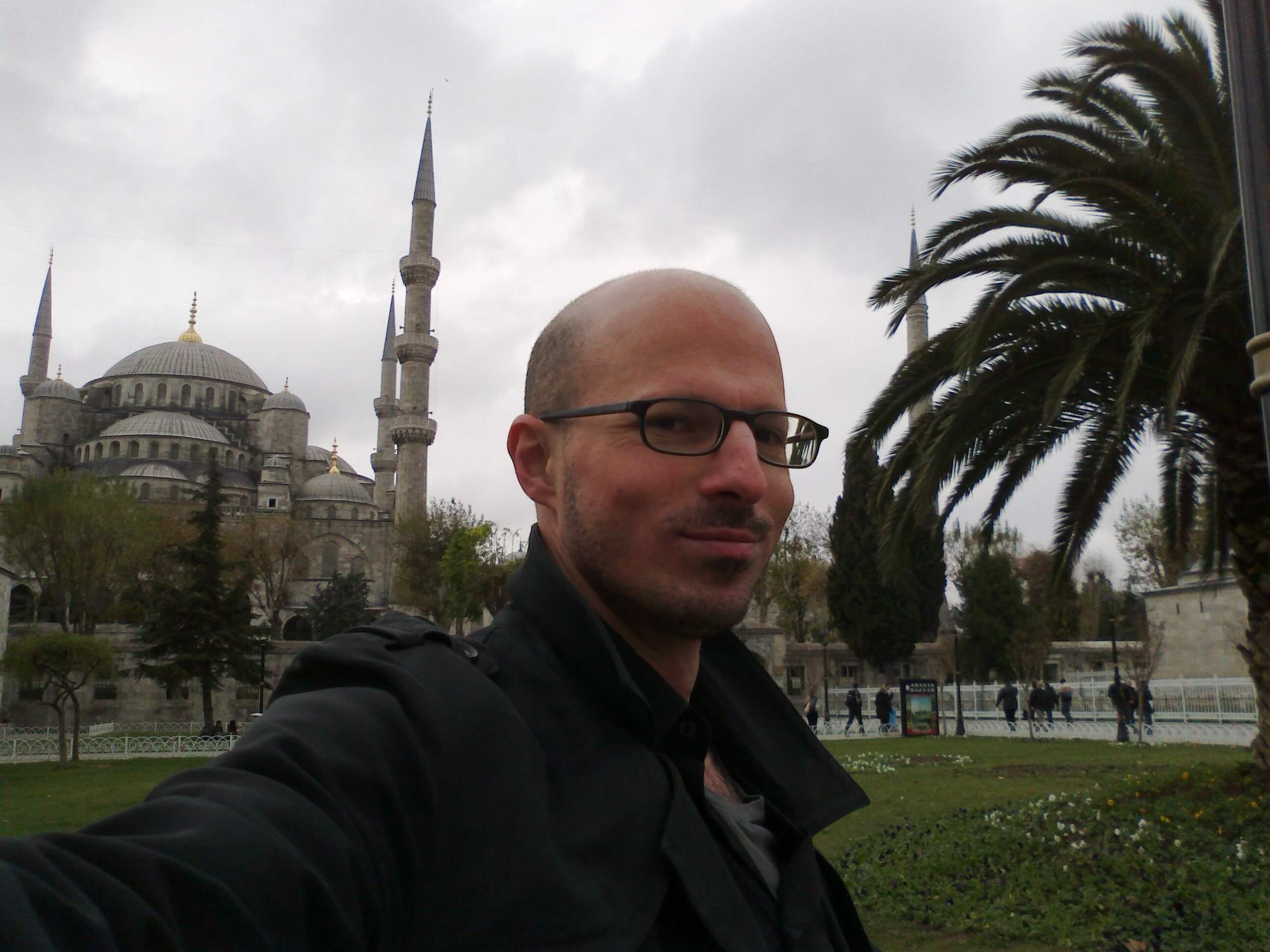 November 2013. Visiting Turkey for Thanksgiving. It was on this trip when I discovered The Big Secret.