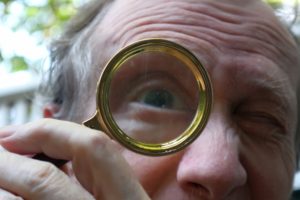 How many words are in the English language?

(Almost everyone I ask gets it wrong.)

That’s how many words are in the Oxford English Dictionary.

Even if you learned 5 words a day, it would take you 94 years.

I don’t, and I’m a native speaker.

And neither does the Queen or Britney Spears or your customers in New York.

In fact, the only words you really need to know are the words native speakers actually use in conversation.

The Big Secret About The English Language

What if I told you that today I’m only going to use 3% of the English language?

I’m going to write and talk to other native speakers about a lot of different things and I’ll only use a very small number of the words in the Oxford English Dictionary.

And tomorrow I’ll use the same 3%.

And the next day.

And every day after that.

And so will all the other native speakers in the world.

They sound pretty useful, don’t they?

And definitely a time-saver.

I’ll tell you where you can find them in a moment.

One day in the 1930s, an English professor named Michael West decided to count some words.

So he went to the library and counted 2.5 million of them.

Twenty years later (this was before computers) he had something called a “frequency list.”

This was a long list of the most frequently used words in the English language.

The first word was the most frequently used word.

The second word was the second most frequently used word.

Now here’s where it gets interesting.

He discovered that all words are not equal.

This meant, with his short list of just 1,964 words, you would have 84% of the words in a typical conversation.

In 2015, a researcher at Meiji Gakuin University in Tokyo and his colleague wanted to update the list.

The English language had changed in the 62 years since the original list was made.

Plus, now they had computers and could make the list more accurate.

So they started with a much bigger sample — 273 million words from books, transcripts, newspapers, etc.

And what they discovered is a new list of 2,368 words that gives you almost 100% understanding of every English conversation, TV show, radio program, etc!

The exact percentage is 92. But you know, I have British friends and sometimes I wish I could understand 92% of what they said. So 92%…that’s good enough.

That’s just 98.6% of the words in the Oxford English Dictionary. And that’s all you need for the average conversation.

Here’s How To Get Your Checklist

You can buy a book with these words in a book store.

And there are also many different lists online.

But if you want to save time…

You see, most lists contain many words you already know, words like “dog” and “father” and “house”…

But in my list, which I call “The Tokyo List” (because it was developed by a researcher in Japan) I’ve removed all these “kindergarten” words.

This will save you time.

And you’ll be surprised…

Even my most advanced students sometimes don’t know all these words.

Ready to find out which words you’re missing?