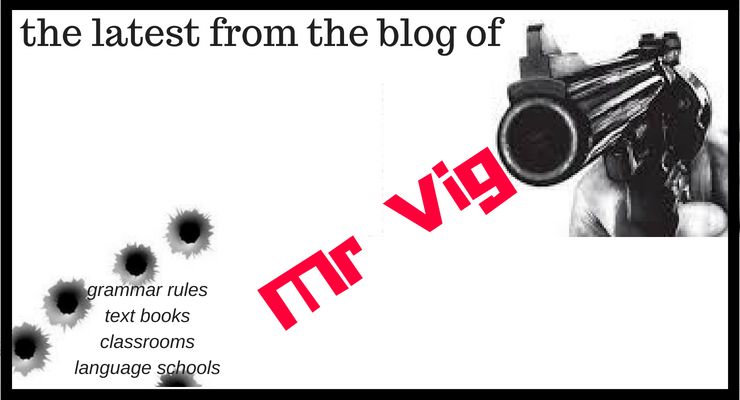 It seems everyone in the office is watching the latest season. At least that’s what they’re talking about when I go to the kitchen to get some coffee.  Read More >

No email to check. Nothing to clean. And nowhere to be. In fact, nothing to do at all except read my book or write in my notebook.

And if I get the window seat — perfect!  Read More > 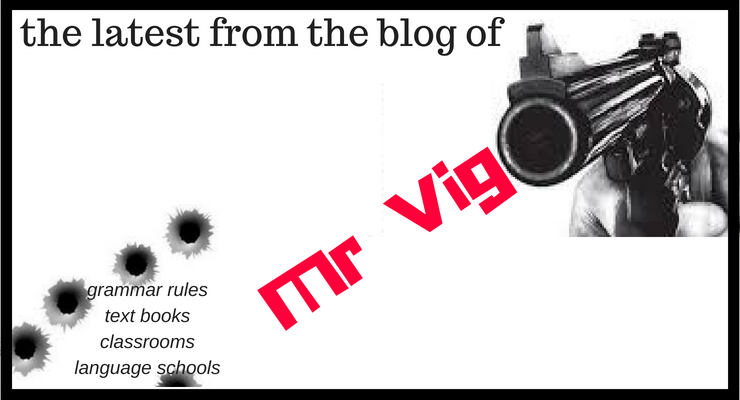 AUSTIN, TEXAS – Taking a break from my business conference.

And look what I discovered:

BALTIMORE, USA – It was Halloween in Prague.

A friend knew a guy who knew a girl who was going to a party at someone’s apartment.

So I invited myself and went. Read More >

BALTIMORE, USA – I called home Saturday and my nephew picked up the phone.

After catching up on the latest super hero movies, he told me about a cabin he had just discovered in the woods.

“But it was destroyed,” he said.

“Yeah I know,” I said. “Some hoodlums wrecked it before you were born.”

How do I know these fun facts?

I got them from the site testyourvocabulary.com

The site also says that the average vocabulary size of non-native speakers is 4,500.

And what about you?

How many English words do you know?

You can get the answer in a few minutes.

Go to the site, take their free test, and you’ll soon have your number.

Then when you know your number, will you do me a favor and send it to me? You don’t even have to write anything. Just copy, paste and send.

I’m interested in how many words my readers know. (and if enough of you write me, I’ll average the numbers and share them)

Then tomorrow I’ll tell you how increasing your number is easier than you thought.

As we say in English, let’s land the plane.

Remember my students at Lonza?

They said their problem was speaking.

But they also said they didn’t remember the name of their last teacher.

And THAT was their REAL problem — they weren’t interested in other people.

See how that works?

Three Ways To Escape A Conversation

Here are three techniques I use at social events.

If I’m at an event — a party, a conference, etc. — I try to enter a new conversation with an almost-empty drink. That way, I know that whenever I want I can quickly finish the drink and excuse myself to get another.

I also like to invite the person I’m talking with to join me because I know how awkward it is to suddenly be standing alone in the middle of a room. And what usually happens is that at the bar or on the way to the bar another conversation starts or he finds someone else he wants to talk to.

2. “Excuse me, do you know where the bathrooms are?”

This one is good if you don’t want the person to join you. And if he does join you, well, I guess your new conversation skills worked too well.

In English, “mingle” means to move around a room meeting people and starting conversations.

When you ask someone who they’ve met, usually the number is small. This is a way of stating the obvious: We came here to meet people but we’re not so let’s start.

That makes total sense and most people will be thankful you’re taking the lead.

Then walk up to anyone you want, stand there with a smile until they stop talking and look at you. (Don’t worry, you’re not interrupting or being rude, there’s a 98% chance they were bored.) Introduce yourself and your new friend and start asking questions. In this situation I usually start with, “So what are we talking about?”

NEXT WEEK: The exciting conclusion where we finally discover the true identity of the murderer!

1. Give the person a conversation ball

In one of my favorite books, The Catcher in the Rye, the main character is talking about trying to meet girls in New York City. He’s having a difficult time because the girls aren’t very interesting and the conversation is bad. He then gives an analogy of a good conversation. He says it’s like throwing a baseball with another person. You throw the ball. The other person catches it. He throws it back. You catch it. You throw it back to him. And so on. Back and forth.

For example, when I moved to Maryland and I told someone I’m from Virginia, the reaction I got was often, “Oh.”

Maryland and Virginia are two feet away and everyone’s been there and who cares?

But if I said, “I just moved here from Prague,” the reaction was usually, “Wow!”

Either the person had visited Prague, wanted to visit, had family from there, or watch a TV show about it.

They tell me their connection. And the conversation is on!

And now I can ask questions about a subject we’re both interested in.

So what’s something about you that people like to talk about?

I don’t know your life, but experiment, notice what information people react to, and then when you find something about yourself that people like to talk about, don’t keep it hidden, start the conversation with it.

“Hi, I’m an accountant but my hobby is making sushi from the rats I catch behind my house.”

“Hi, my name is Bob. My mother wanted me to be a girl so she made me wear dresses until I was five.”

“Hi, I’m not wearing any underwear. Where do you live?” (tip: for maximum effect, try not to blink when you say this one)

I used to have an office in Prague. But after a few months I went back to teaching in my apartment. I thought sitting at a big, wooden table in an old Prague 1 building would be more professional than sitting on my blue couch.

But really, the only difference was that my students weren’t as relaxed. And that was definitely the case with the student I’m about to tell you about.

When I walked in that morning he was already sitting at the table waiting for me.

I introduced myself. We shook hands. I offered him some coffee. Then I went to the kitchen to make it.

That was maybe ten seconds total. A dozen words were spoken.  But I already had a strong feeling about this young man. And it wasn’t positive.

I knew what his real problem was right away.

But of course, when I came back into the room and interviewed him, he told me his problem was his grammar.

You see, he wanted more foreign customers. But after he met with a potential client, they would choose his competition.

Well, his English wasn’t perfect, but it wasn’t bad. In fact, I had a hard time finding his mistakes.

Here’s what I saw: his arms were crossed and there was a big frown on his face.

He looked pissed off!

And who wants to do business with someone who looks like he’s about to smash a window?

Body language is SO important. Little things that we’re not usually aware of communicate so loudly they can yell. Sometimes we can’t even hear what the person is saying because their body language is so loud.

Change your body language and you can, without using any conditionals or confusing phrasal verbs, tell the other person a message everyone loves to hear, which is:

“You’re important and I’m listening to you.”

Who doesn’t want to hear that?

And though not technically body language, I recommend you also throw in the occasional “Uh huh,” “Hmmm,” or “Oh really…” to communicate that you’re listening.